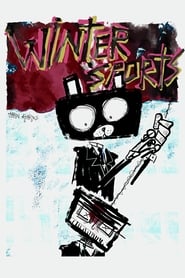 2020 6 min 29 views
With the local wildlife emerging from hibernation, bipedal suited beasts are hunted and made into coats.
ComedyHorror