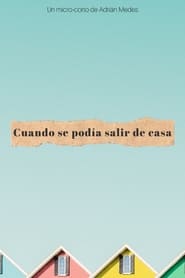 2020 1 min 19 views
A minute-long micro-short that tells the preparation of a teenager when going out with his friends.