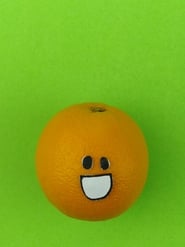 The Adventures of Oscar the Orange (2020)

The Adventures of Oscar the Orange (2020)