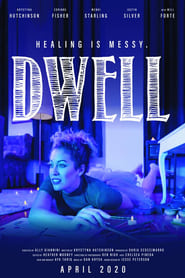 2020 23 min 68 views
Alice searches for ways to process the end of an almost decade long relationship in all the wrong places.
ComedyDramaRomance