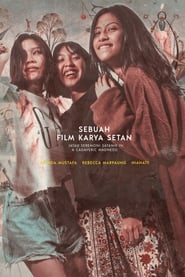 2020 5 views
Tells about two young women who slowly sink into a series of hallucinations and demonic nightmares that lead them to the abyss of hell.
Horror