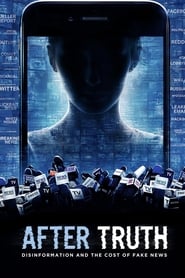 After Truth: Disinformation and the Cost of Fake News (2020)

After Truth: Disinformation and the Cost of Fake News (2020)

2020 95 min 64 views
An investigation into the ongoing threat caused by the phenomenon of “fake news” in the U.S., focusing on the real-life consequences that ...
Documentary