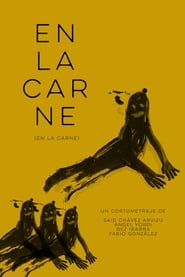 2020 10 min 41 views
A teenager finds himself trapped in the space between reality and his personal limbo.
HorrorThriller