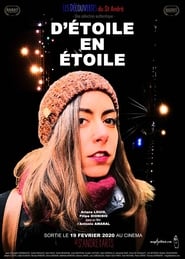 Tape Letters from the Waiting Room (2020)

Christmas in Evergreen: Bells are Ringing (2020)