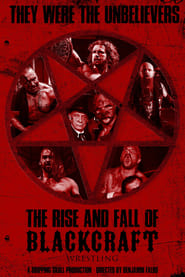 The Rise and Fall of Blackcraft Wrestling (2020)

The Rise and Fall of Blackcraft Wrestling (2020)

2020 64 min 3 views
The story of Blackcraft Wrestling is a story of limitless creativity and trying to run before you can walk. Through the testimonials of the ...
Documentary